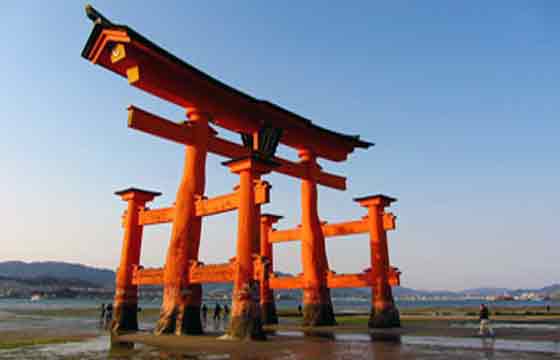 ACE Ryugaku Cetrer was founded 30 years ago by the founder Mr. Toshi Yoshida, one of the great masters of Shorinji Kempo, for the aim of the world cultural exchange.  Mr. Yoshida was the person who opened the first Kempo Dojo (Kempo School) in England.

Today, ACE has four regional centers in Tokyo, Nagoya, Takamatsu and Hiroshima. We are international education and cultural exchange agents. ACE is a registered member of JCCI. Some of our services include advising students wishing to study abroad of the institutions and programs available to suit their needs, helping them to obtain the proper visas, offering optional English courses preparation as well as arranging their travel and accommodations. We provide students going abroad with proper counselling and orientations so that they are able to participate in the programs smoothly.
As a result, we have constantly made arrangements many students to all over the world.

ACE Hiroshima is located in Hatchobori, the center of Hiroshima city. At ACE Hiroshima, there are eight staff members including English native speakers working for the students. The capital fund of ACE Hiroshima is 10,000,000 JPY. ACE is keen on to be a sponsor for the world peace volunteer activities. We have distributed Sadako Sasaki’s story booklet to our related organizations.

Hiroshima is one of the most beautiful cities in Japan with a large international community. The city has two of the World Heritage. One is the Atomic Bomb Dome and the other is Ituskushima Shrine. The city’s population is currently one million and continues to grow steadily.

Its main industries include Mazda (both the head office and car production factory), Ford Japan, Mitsubishi Heavy Industry and others. Topographically,

Hiroshima is surrounded by mountains and faces the Setouchi inland sea. The 2500 nearby small islands are often crowded with swimmers and surfers during the summer. During the winter season, we can enjoy skiing in the mountains that border of the prefecture.

There are seven rivers crossing the city, bringing an abundance of wildlife and natural plant habitats, which is why Hiroshima is often called “The Beautiful Delta City” Hiroshima has three professional sports teams such as Hiroshima Carp Baseball team, San Frecche Hiroshima and Dragon Flies Basketball team. You will meet people from all over the world and make friends here.

Today’s dream, Tomorrow’s Reality, from ACE with you.